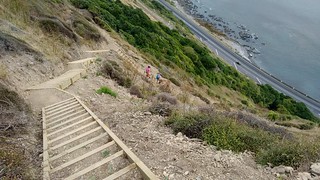 Saturday 9th April 2016 was the official opening day of the Paekakariki Escarpment Track [2]—a new connecting track between Pukerua Bay and Paekakariki, above the railway line along the coast. Intense interest meant that organisers had to restrict entry for the initial day, but it’s now fully open to the public.

I never felt the desire to follow a narrow, steep track with squillions of other people on Saturday 9th April… or 400 as it turned out [8]. I did, however, spontaneously decide to jump on a train on Sunday the 10th of April, to go and check it out.

Connecting these locations has been on people’s radar for some time [9], but it’s never been an easy thing. Development of the Te Araroa Trail [10], and the desire of its Trust to develop exactly this type of walking option, more recently became a catalyst for the track’s development.

The first section was opened almost 3 years ago, at which time I checked it out [11], but the project ran short of funding and so stalled for a while. It’s fantastic to see that it’s now finished. 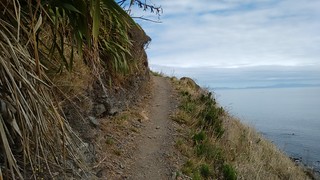 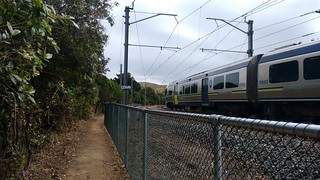 [13]
Both ends of the track are very
near to metropolitan train stations. 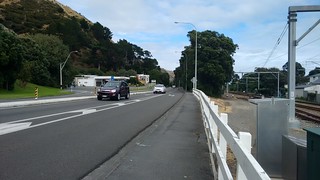 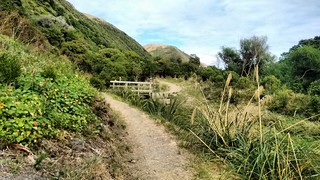 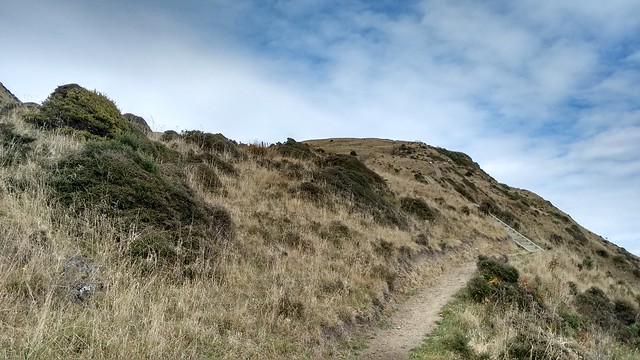 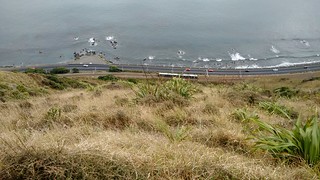 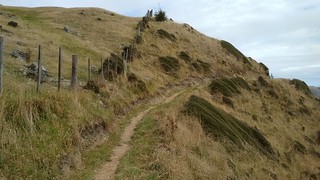 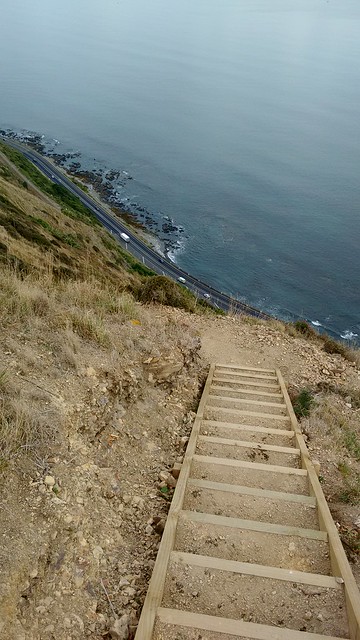 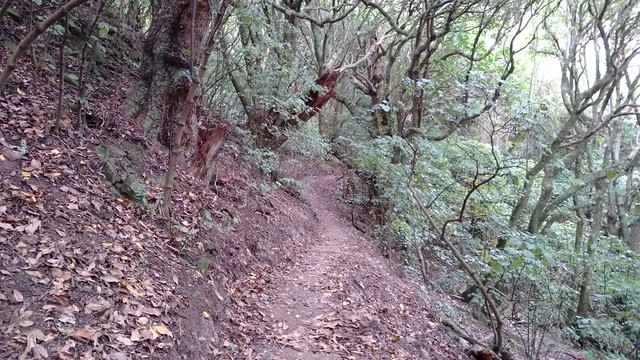 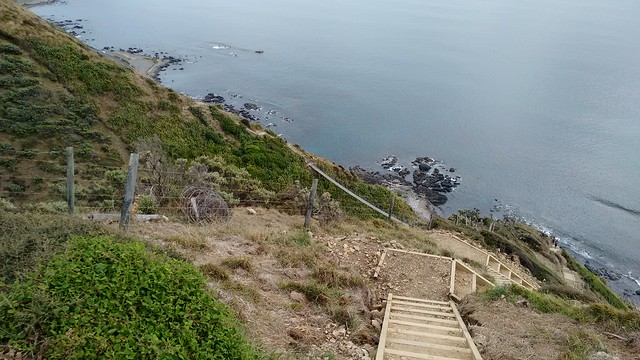 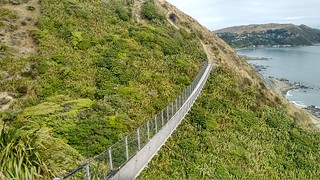 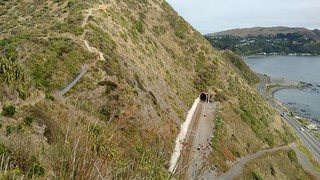 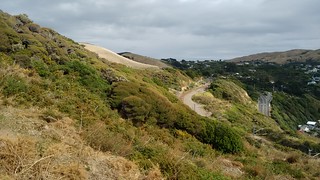 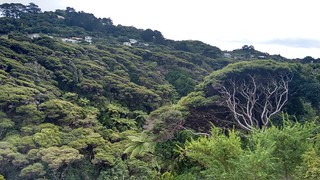 [25]
The thriving metropolis of Pukerua Bay. 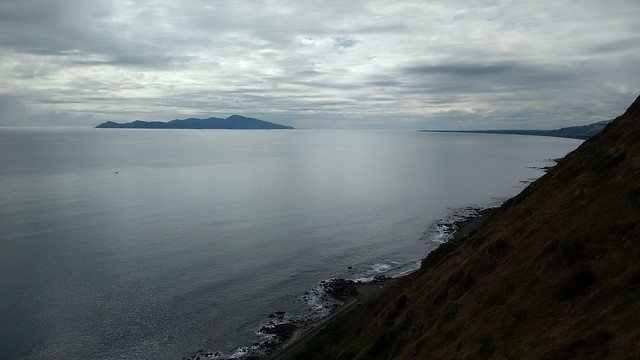 The track from Muri to Paekakariki is now well sign posted (if it wasn’t at the time), and is obviously well used.
It follows Muri stations southbound station platform to the end, then through a reserve and along a road to another walkway and down to Paekakariki Station. About 10 minutes all up.